The Revocation of Power of Attorney form is to be used when you want to revoke  the power of attorney you may have previously appointed.  A power of Attorney is hired or appointed in situations when an individual feels they are not in a state mentally or physically to make a decision related to any particular sector of their life. In such an instance a power of attorney form is filled and submitted to the concerned department. Once the purpose is fulfilled or when the grantor is termed fit to make the decision or act upon it, is when generally the power from the attorney or agent is revoked back by filling a Revoking of Power of Attorney Form.

Follow the steps given below to understand and fill the form to revoke the powers back,

In the next column, the record of the county and state in which the power was given along with the date docket number and page number needs to be mentioned followed by the signature of the principal or grantor certifying that all the powers (general or special) given to the attorney are being revoked and cancelled and the same has been mailed to the attorney’s address.

Lastly, the full and legal names of the principal or grantor and the witness along with the present date need to be mentioned declaring the revoke of the powers that were given to the attorney followed by their signatures. This document has to be notarized by the Notary Public for it to be considered legal.

Revocation of Power of Attorney Form 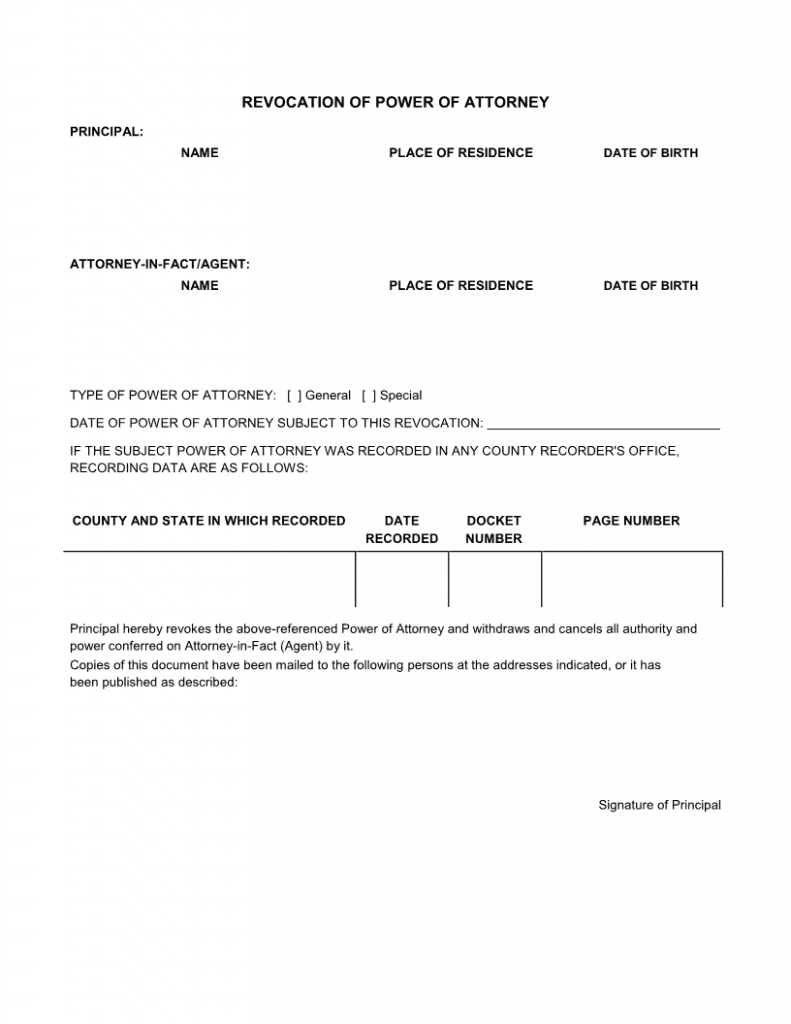